To find a course, select a category or subcategory from the menu
below, or begin typing a course name in the search field.

The details of the course you chose are displayed below.
To choose another course, use the search functions below or click HERE to return to the main Course Catalog.

If the course you are interested in is not currently scheduled, click HERE to request it
or click HERE to learn about our Private Group Training options. 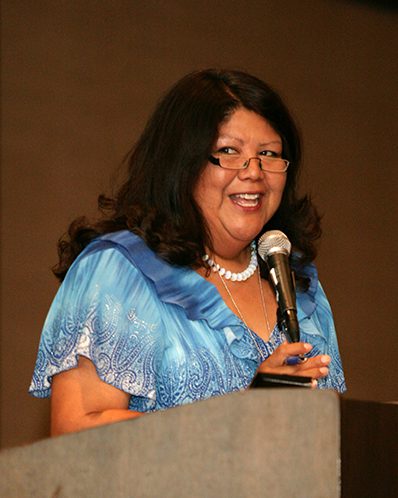 Teresa, also known as Sh-Girl, is a citizen of the Tohono O'odham Nation in southern Ari­zona. Teresa performs stand-up comedy and is part of the all-female comedy group, "The Ladies of Native Comedy:' Teresa promotes culture and language in her community. She is part of a group dedicated to reviving traditional pottery making in her Nation. She lives with her family Where the Turtle is Wedged (Sells, Arizona). She is currently employed by the Tohono O'odham Utility Authority.

As the Director of Learning and Development, Lisa Riggleman is responsible for leading the design and delivery process of culturally-appropriate, business related training initiatives for Falmouth Institute. She has worked and traveled extensively in Indian Country for nearly 30 years. Lisa has decades of experience in the nonprofit, education and gaming professions. Most recently, she held senior leadership positions with The Mob Museum and The Neon Museum-both in Las Vegas. She is an avid volunteer and serves on the board of various Las Vegas nonprofits. She earned a Master of Arts in journalism and telecommunications from the University of Wyoming and a Bachelor of Science in journalism and broadcasting from West Texas A&M University as well as post graduate studies and a human resources certification at The University of Nevada Las Vegas.
× 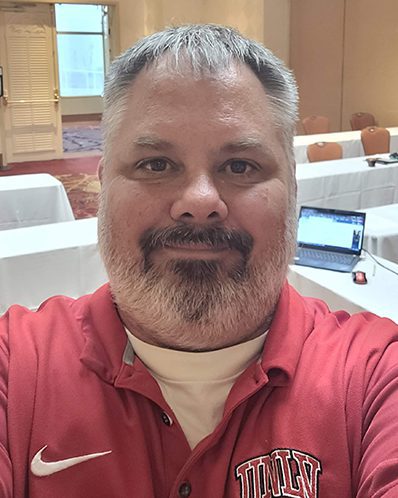 As a long-time Las Vegas local, Brian Pearson has spent the last 30 years working with technology to get the most out of office automation. Brian earned his Bachelor’s degree and Master's degree from the University of Nevada Las Vegas. He has been instructing classes in Microsoft Office, Network Security, Records Retention and Electronic Document Management for Falmouth for the past 15 years. He is a devoted husband and father of three children. He enjoys spending time with his children, volunteering with youth baseball programs and working with computers. 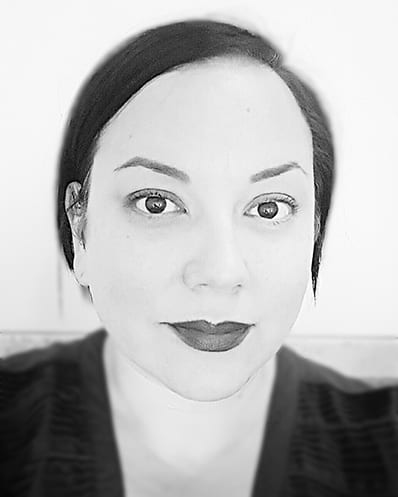 Patina Park is Mnicoujou Lakota and her family comes from the Cheyenne River and Standing Rock Sioux Tribes. She currently serves as President/CEO of the Minnesota Indian Women's Resource Center (MIWRC), a culturally grounded nonprofit agency dedicated to providing holistic, multi-service programming grounded in traditional teachings and values that help to heal, preserve, and strengthen Native American women and their families from the multi-generational trauma impact of colonization. Because of her own experiences as an adoptee, Ms. Park is particularly passionate about issues related to Native American children and families. Upon graduating from Hamline Law School in 2001, Ms. Park focused her early legal career on advocating for Native American families involved in child protection and private custody cases.

Ms. Park co-authored “Best Outcomes for Indian Children, Child Welfare” in the Journal of Policy, Practice, and Program Volume 91(3)(2012), and “The Impact of Health Equity Coaching on Patient’s Perceptions of Cultural Competency and Communication in a Pediatric Emergency Department: An Intervention Design”.

Ms. Park previously served as an appellate court judge for the Prairie Island Sioux Community and taught Children and the Law and Federal Indian Law at the former Hamline University School of Law, now Mitchell Hamline School of Law. Wes was born in Pittsburgh, PA and raised in northeast Ohio. He moved to Las Vegas for economic reasons, meaning he needed a job and Vegas was hiring. He has managed the Learning and Development function for various hotel/casinos on the Las Vegas Strip and has been proudly facililtating training sessions for the Falmouth Institute since 1994.

He earned his BA in Business Administration/HR and a Master’s in Education for Instructional Design.

Wes is also an experienced mediator and was appointed by the Nevada Supreme Court as a Foreclosure Mediator during the financial crisis from 2009-2015. He taught a 40 hour mediation certification program at UNLV during that time and still makes occasional guest appearances for current classes. He is passionate about restorative justice practices and other conflict resolution training. He volunteers with the Nevada Mediation Group to offer conflict resolution training for the Las Vegas community.

At this point, Wes has done both training delivery and instructional design for more than half his life. He knew from a young age this is what he wanted to do and has had the great fortune of loving his work. He lives by the mantra “Do what you love, and you will never work a day in your life.” 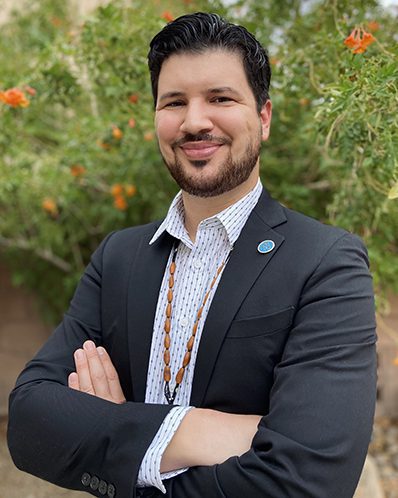 Kostan R. Lathouris, an enrolled member and former elected Tribal Council Member of the Chemehuevi Indian Tribe, is an adjunct instructor and the Senior Law and Governance Analyst for Falmouth Institute, Inc.

He is the managing member of Lathouris Law PLLC, a law practice dedicated to asserting and defending tribal sovereignty through tribal law development and litigation. He received his Juris Doctor from the William S. Boyd School of Law at the University of Nevada, Las Vegas (“UNLV”) in 2015 and his Bachelor of Arts in Political Science, as a University Honors Scholar, from UNLV in 2009. He is a member of both the State Bars of Nevada and California, and is admitted to practice in multiple federal, tribal, and state courts.

In association with Rapport & Marston, Kostan served on the legal team for the Chemehuevi Indian Tribe, whereupon the Tribe was able to successfully obtain a federal court decision that the land in question was within the boundaries of the Tribe’s reservation and was therefore Indian country.

In addition, he is the current Chair of the Nevada Indian Commission, a state agency that effectively serves as a liaison between the State of Nevada and the federally recognized Tribes in the State. 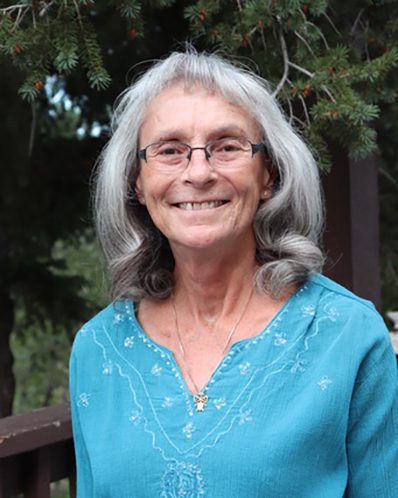 Lisa Harjo works as the Executive Director for Native American Cancer Research. She is the Principal Investigator on a project with the Centers for Disease Control (CDC) and provides administrative leadership and oversight for the organization. She supervises staff and maintains all corporate documents and standards. She also provides health education, training, recruits American Indians for cancer screening, and supports cancer survivors through education and outreach in the Denver Metro Area.

After receiving her Bachelors of Science in Native American Education and Child Development in 1974, Ms. Harjo spent the next twenty years teaching all ages from preschool through higher education. She also worked for many years in the field of non-profit organization management and development. She received her Masters of Education in Elementary Curriculum and Instruction from the University of Colorado at Denver in the early nineties. She co-authored several books in the field of education. She has worked for decades with American Indian tribes and other organizations, facilitating group meetings and trainings, and assisting communities in building consensus and unity of visions. 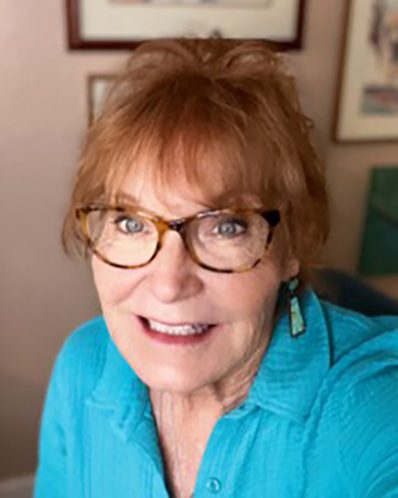 Marissa J. Gehley is the founder of KNOW consulting, Kids Need Our Wisdom. She has more than 30 years of experience in education as a former teacher, counselor, child welfare and attendance specialist and coordinator of school safety and the Burbank OutReach Center. Additionally she is a trainer for the California School/Law Enforcement Partnership.

Ms. Gehley is proud to have contributed to several articles published in the nationally syndicated column “A+ Advice for Parents” by Leanna Landsmann. She has presented hundreds of workshops for community leaders, educators, parents and students in areas such as bully awareness/prevention, suicide prevention, effective communication techniques, school and neighborhood safety, diversity, relationship violence, child abuse and neglect and developing effective community partnerships. She holds a BS in history and social science and an MA in counseling. 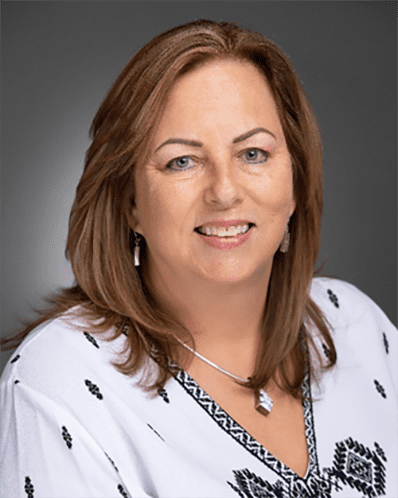 She has over 25 years’ experience in Human Resources and has worked with over 30 Tribal Nations. Her credentials include: 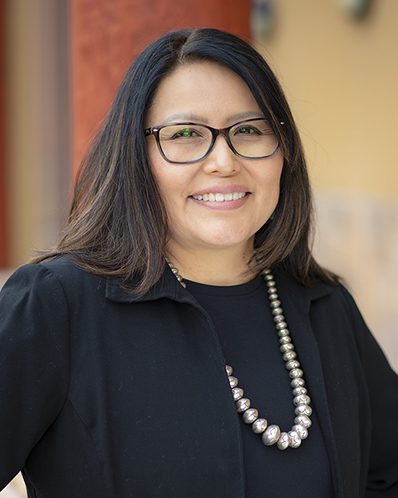 Evelina Y-Maho is Co-Owner/Founder of YM Solutions, LLC, a native women-own consulting firm. Worked many years in the public health and healthcare arena. Holds a Masters Degree in Administration with an emphasis in Health Sciences and an undergraduate degree in Clinical Dietetics and Chemistry from Northern Arizona University. Early in her career, much of her work focused on Prevention and Management of Chronic Disease among American Indian populations. Experienced and skilled in project design, implementation, evaluation, and fiscal management. Much of her work entails collaborative work with Tribal Health Programs, Hospitals (IHS/638) Facilities and Urban Indian Health Centers. Currently, Evelina works with the National Council of Urban Indian Health and continues to support AI/AN programs. At Falmouth Institute, she serves as an Adjunct Faculty Member.

Be the First to Know!

Subscribe and receive exciting updates about our most popular event of the year for tribal administrative professionals. 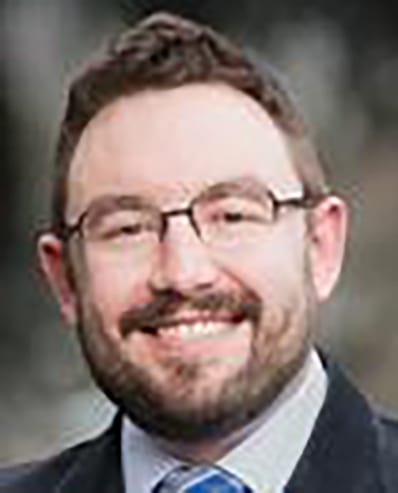 Adam Bailey, an enrolled member of the Choctaw Nation of Oklahoma, joined the law firm Hobbs Straus as an associate in February 2013. He is a 2011 graduate of the UCLA School of Law, where he received his J.D. with a specialization in Critical Race Studies. During law school, Mr. Bailey was an active member and officer of NALSA. He worked on UCLA’s Journal of Environmental Law and Policy and the Dukeminier Awards Journal on Sexual Orientation, Gender Identity, and the Law. Mr. Bailey was a term-time clerk for the Hualapai Court of Appeals and the Hopi Tribal Appeals Court. He was also a member of the UCLA Law Review, where he was selected to be a Senior Editor. He authored his student note entitled Threading the Needle: The Fort Peck Tribe’s Associate Membership: A Modern Model for Tribal Affiliation.

Mr. Bailey has returned to Hobbs Straus, having worked for four years in the firm’s Washington, D.C. office as a legislative specialist before enrolling in law school. Prior to his previous work at the firm he served as a legislative associate for the National Congress of American Indians. Immediately after graduation from the UCLA School of Law, Mr. Bailey practiced labor and employment law for Sheppard Mullin Richter & Hampton. 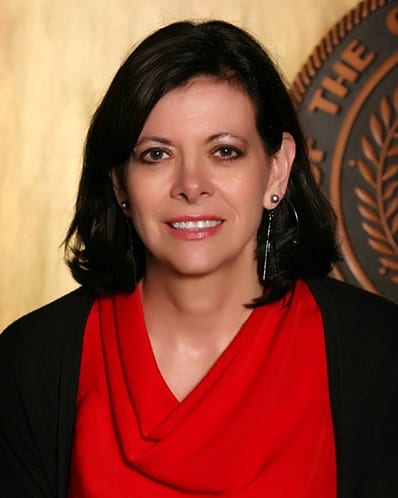 Julia Coates is a citizen of the Cherokee Nation. Born in Pryor, Oklahoma and raised in northern California, she holds BAs in Anthropology and English from San Francisco State University, and a PhD in American Studies from the University of New Mexico. She has worked for Native American non-profits, tribal governments, and non-governmental organizations. Dr. Coates was a delegate to the Cherokee Nation Constitutional convention, was the Project Director for the award-winning Cherokee Nation History Course, and served two terms on the Cherokee Nation Tribal Council. She has worked on research, grant writing, and conference production for the American Indian Studies Center at UCLA, and presently is an adjunct professor of American Indian subject courses in the Social Sciences division at Pasadena City College. She also co-founded the Cherokee PINS Project: Education and Engagement for Sovereignty, a non-profit dedicated to building civic engagement within Cherokee communities and bridging the divides between the Cherokee citizens within and outside the tribal boundary. 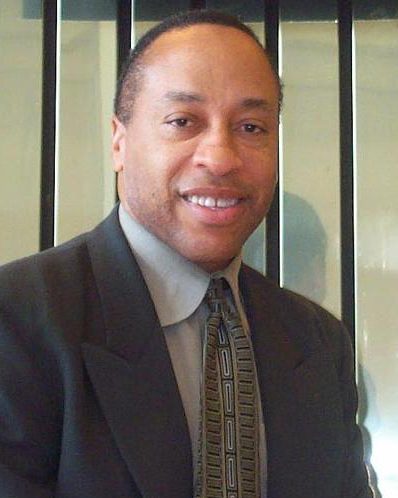 Mr. Bantum is the President of Bantum Consulting Services, which specializes in providing Information Technology consulting services to faith based, non-profit, for profit, governmental and healthcare organizations. He has over 25 years of accounting and technology consulting experience, including experience in providing consulting, database and forensic accounting services to the healthcare industry. Mr. Bantum is a CPA, a CITP (Certified Information Technology Professional) and a CMC (Certified Management Consultant). He has served in the U.S. Air Force and received a Top Secret Security clearance while in service to his country. He was also an auditor with the accounting firm of Deloitte and Touche. He is a member of the AICPA, the Maryland Association of CPA’s, and the National Association of Black Accountants.